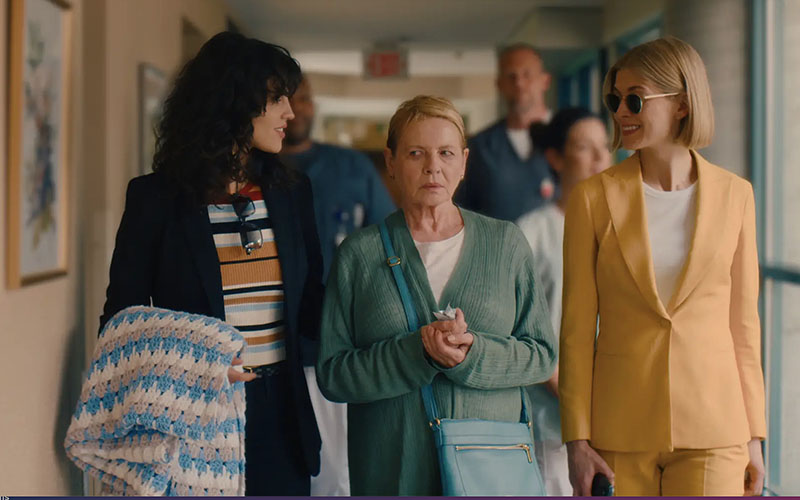 Netflix’s popular new movie, I Care a Lot, may be far-fetched in a lot of ways, but it does highlight some real weaknesses in the guardianship system that make it possible for an unscrupulous guardian to take control of an elderly person’s life and bleed their resources dry. Fortunately, steps can be taken to avoid the guardianship system and the kind of nightmare the film portrays.

A guardian is someone appointed by a court to make decisions on behalf of an incapacitated individual (“ward”). The guardianship process usually starts when a family member or social worker notifies the court that someone can’t take care of him- or herself. The court often appoints a family member as guardian. However, if the family can’t agree on a guardian or there is no family to act as guardian, the court may appoint a public guardian. Public guardians are supposedly neutral individuals who are hired to act in the ward’s best interest.

I Care a Lot follows one such public guardian who exploits the system to gain control of her wards’ estates. The guardian, Marla Grayson, typically petitions for an “emergency guardianship” without notifying the ward. In the case that takes up most of the film, Marla appears on the doorstep of a very surprised Jennifer Peterson with a court order declaring Peterson incompetent (she is nothing of the sort) and forcing her to relocate to a long-term care facility. Marla has already arranged for Jennifer’s doctor to declare Jennifer incompetent, and Marla also has a deal with a long-term care provider to admit Jennifer to his facility. And because it is an emergency guardianship, Jennifer is not required to be notified to appear in court to defend herself.

Then, without Jennifer’s knowledge or consent, Marla takes control of her life and finances. After Jennifer is moved to the care facility, Marla begins the process of selling her house and belongings and taking a generous cut of the proceeds. From there, the movie takes a lot of twists and turns that we won’t reveal here, but the starting premise is unfortunately not Hollywood fantasy.

The film’s premise is in fact quite similar to a real-life case involving Nevada public guardian April Parks. As guardian for hundreds of wards, Ms. Parks, took over their lives, sold their belongings, and charged their estates hundreds of dollars an hour while doing so. Over her 12 years as a public guardian, Ms. Parks built relationships with hospitals and medical providers to refer patients to her and found doctors who were willing to declare her targets incompetent. Families often found out too late that their loved one was under guardianship and beyond their legal control.

Ms. Parks is clearly at the far end of guardianship exploitation and has been sentenced to 16 to 40 years in prison, but there are other unscrupulous guardians still exploiting the system. Unfortunately, in many states, the lack of court oversight combined with poorly trained guardians leads to abuse. Courts often do not have the resources necessary to provide proper oversight, and only a small minority of states certify their professional guardians.

Not all states are equally vulnerable to guardianship exploitation. For example, New York’s guardianship system requires that an independent evaluator meet with the ward before an incapacitation hearing. And Arizona requires that its professional guardians be licensed through the state and that the ward have an attorney present during the incapacitation hearing, among other protections. Florida’s governor signed a law in 2019 requiring guardians to report details of payments, among other things. Nevada has also enacted a number of reforms, including requiring that individuals subject to guardianship be represented by an attorney. And in a rare display of bipartisanship, Congress passed a bill in 2017 that empowers federal officials to investigate and prosecute unscrupulous guardians and conservators appointed by state courts.

While some states have begun passing reforms, there is more to be done. The Unform Law Commission, which provides states with model legislation, has proposed the Uniform Guardianship, Conservatorship, and Other Protective Arrangement Act (UGCOPAA).   The law would allow a court to order a protective arrangement rather than a full guardianship when appropriate, require that notice of the guardianship be sent to family, and prevent the guardian from barring family members from visiting the ward, among other things. So far only Washington and Maine have enacted the model law.

Regardless of your state’s laws, the best approach is to avoid the need for guardianship and conservatorship entirely by putting durable powers of attorney and health care proxies in place ahead of time when you can choose the person you would like to make decisions for you when necessary. Even if you’re not at risk of exploitation because your children or grandchildren would step in, the need for court intervention causes otherwise unnecessary expense and delay.

If you have questions about Guardianships ,or any Elder Law or Estate Planning  issue, contact R. F. Meyer & Associates for assistance. Call us at  614-407-7900, send us an email to the Info@ElderLaw.US, address or simply fill out the Contact Us form at ElderLaw.US/Contact.

Spring is here along with positive news on COVID-19