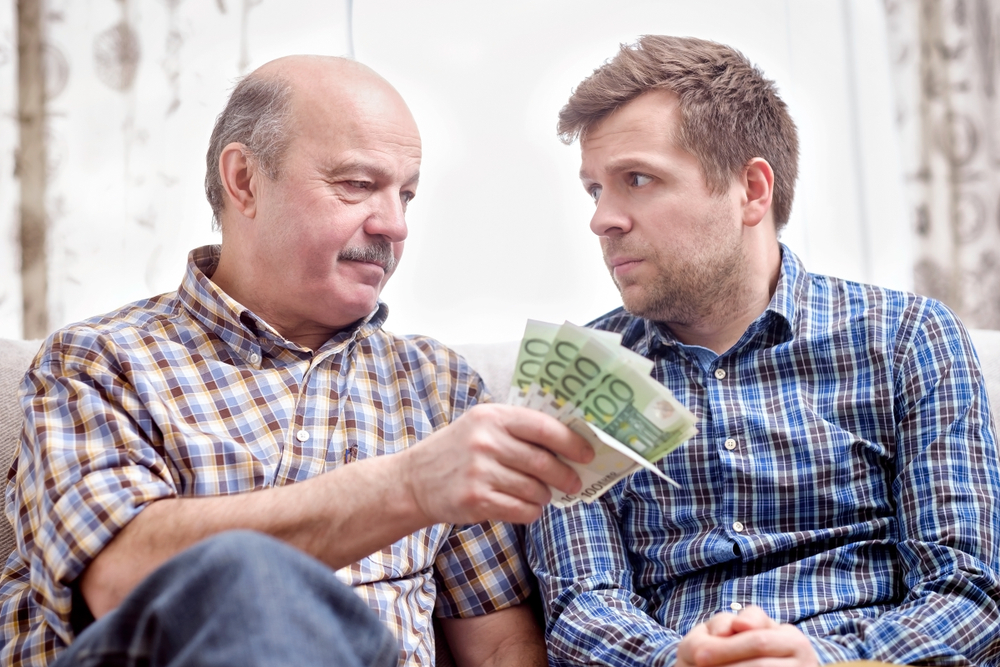 In order to be eligible for Medicaid, you cannot have recently transferred assets. Congress does not want you to move into a nursing home on Monday, give all your money to your children (or whomever) on Tuesday, and qualify for Medicaid on Wednesday. So it has imposed a penalty on people who transfer assets without receiving fair value in return.

This penalty is a period of time during which the person transferring the assets will be ineligible for Medicaid. The penalty period is determined by dividing the amount transferred by what Medicaid determines to be the average private pay cost of a nursing home in your state.

Another way to look at the above example is that for every $5,000 transferred, an applicant would be ineligible for Medicaid nursing home benefits for one month. In theory, there is no limit on the number of months a person can be ineligible.

A person applying for Medicaid must disclose all financial transactions he or she was involved in during a set period of time — frequently called the “look-back period.” The state Medicaid agency then determines whether the Medicaid applicant transferred any assets for less than fair market value during this period.  The look-back period for all transfers is 60 months (except in California, where it is 30 months).  Also, keep in mind that because the Medicaid program is administered by the states, your state’s transfer rules may diverge from the national norm.  To take just one important example, New York State does not apply the transfer rules to recipients of home care (also called community care).

The penalty period created by a transfer within the look-back period does not begin until (1) the person making the transfer has moved to a nursing home, (2) he has spent down to the asset limit for Medicaid eligibility, (3) has applied for Medicaid coverage, and (4) has been approved for coverage but for the transfer.

In other words, the penalty period would not begin until the nursing home resident was out of funds, meaning there would be no money to pay the nursing home for however long the penalty period lasts.  In states that have so-called “filial responsibility laws,” nursing homes may seek reimbursement from the residents’ children. These rarely-enforced laws, which are on the books in 29 states, hold adult children responsible for financial support of indigent parents and, in some cases, medical and nursing home costs.  In 2012, a Pennsylvania appeals court found a son liable for his mother’s $93,000 nursing home bill under the state’s filial responsibility law.

Transferring assets to certain recipients will not trigger a period of Medicaid ineligibility. These exempt recipients include the following:

In addition, special exceptions apply to the transfer of a home. The Medicaid applicant’s home may be transferred to the individuals above, and the applicant also may freely transfer his or her home to the following individuals without incurring a transfer penalty:

Reach the Elder Care attorneys at R. F. Meyer & Associates by calling 614-407-7900, emailing Info@ElderLaw.US or filling out the contact form on this website at ElderLaw.US/Contact.

Protecting Your House After You Move Into a Nursing Home

How Parents Can Provide for a Caregiver Child

Can You Put a Surveillance Camera in a Nursing Home Room?