Jury Duty? Age May Exempt You 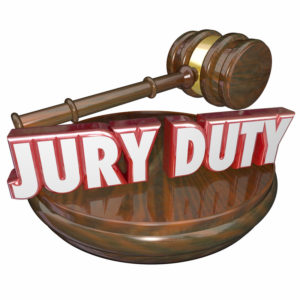 In many states, seniors have the right to decline jury duty based on their age.

But the age limits and rules vary by state and by type of court, so if you are summoned for jury duty, check with the court to determine if you are exempt.

The majority of states have a rule in place that allows individuals over a certain age to choose not to serve on a jury if called. How this works varies by state and by court.

In some states, anyone over a certain age can be permanently exempted. In Ohio, that age generally is 75.

Other states allow seniors to be excused from serving if they are called. Some states require notice in writing; other states have a box the senior can check on the jury summons form.

In California, individuals with a permanent health problem can be exempted from jury duty, but if you are 70 years or older, you don’t need a doctor’s verification of the health problem.

Each of the federal district courts has its own rules about jury service. Many federal courts offer excuses from service, on individual request, to designated groups, including people over age 70.