How Secure is Social Security? 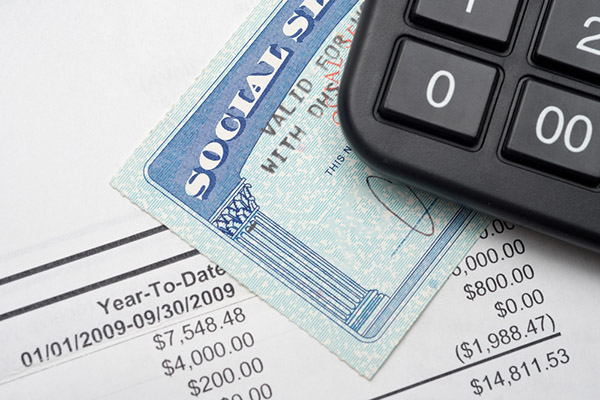 For years people have been worried about Social Security’s future, but what is the actual outlook? According to the federal government, unless Congress acts to intervene, Social Security shortfalls are expected beginning in 2035.

Social Security retirement benefits are financed primarily through dedicated payroll taxes paid by workers and their employers, with employees and employers splitting the tax equally. Employers pay 6.2 percent of an employee’s income into the Social Security system, and the employee kicks in the same. Self-employed individuals pay the entire 12.4 percent Social Security payroll tax. This money is put into a trust fund that is used to pay retiree benefits.

The trustees of the Social Security trust fund have reported that if Congress doesn’t take action, the fund’s balance will reach zero in 2035. This is because more people are retiring than are working, so the program is paying out more in benefits than it is taking in. Additionally, seniors are living longer, so they receive benefits for a longer period of time.

Once the fund runs out of money, it does not mean that benefits stop altogether. Instead, retirees’ benefits would be cut. According to the trustees’ projections, the fund’s income would be sufficient to pay retirees 77 percent of their total benefit.

Social Security is immensely popular and lawmakers are unlikely to allow steep benefit cuts to take place. The last time the program was in financial trouble and received a major overhaul was in 1983, when President Ronald Reagan and congressional Democrats struck a deal to increase taxes and gradually raise the retirement age from 65 to 67.

For more information about a the potential Social Security shortfall, click here and here.

Contact  the law offices of R. F. Meyer & Associates for help with your Elder Law, Estate Planning or Probate Law matters.  Call us at  614-407-7900, send an email to Info@ElderLaw.US, or just fill out the contact form at ElderLaw.US/Contact.

One good reason to delay your Social Security payments